Resilience is something that you have to have in order to have success in life. Lord knows I’ve had my share of tough times where I had to be resilient. But crazy enough, one of the best examples of resilience I’ve ever seen has come from my 6 year-old daughter.

She was an avid tennis player and all-around fantastic athlete since she was four years old. At the time we were visiting our friends in Minnesota who owned a beautiful ranch. Being the city kids they were, our kids couldn’t wait to explore. Long story short, my six-year-old daughter found a zip line for the first time and decided to charge. She fell off and broke her right collarbone in 4 places. The doctor put her in a sling for 6-8 weeks and we thought her tennis playing would come to an immediate halt.

This girl played every day since she was 4 and this news was devastating for all of us. Five days later, when we got home she decided on her own to put the tennis racket in her left hand and teach herself to play left handed. For the next three years she played left handed and persevered. The resilience she showed by not letting a broken collarbone stop her was transformative for her and taught her the importance of never giving up.

This was a lesson that I learned my rookie year playing for the Kansas City Chiefs when I dropped 17 balls and lead the NFL in most dropped passes. I felt like quitting but knew I was better than that. I put my head down and put in more work than anyone else.

I felt like quitting but knew I was better than that. I put my head down and put in more work than anyone else.

Day in and day out I showed up early to practice and stayed later than anyone else. Finally by my third year, all that hard work and perseverance paid off. My career took off! I was First Team All Pro and never looked back!

My message to you: Never give up, stay resilient, believe in yourself, and be fearless! 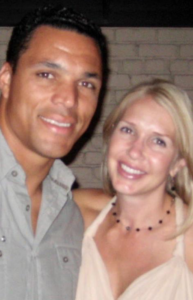 Tony and his wife Tobie are great friends to Bahram and I. Over the years we’ve spent time together as families and I respect Tony for his passion of health and wellness.  I also respect how great of a dad and family guy he is and I admire his passion for nurturing the mind and the drive he has to always continue learning.  In Tony’s blog post (above), his story references when his daughter fell while playing at our house, so the outcome of resilience and persevering really hits close to home for me, for a number of reasons.

Tony is a former American football tight end. He played college football and college basketball at University of California, Berkeley, and was recognized as a consensus All-American in football. He was drafted by the Kansas City Chiefs in the first round of the 1997 NFL Draft. Gonzalez, a fourteen time Pro Bowl selection, currently holds the NFL record for total receiving yards (15,127) by a tight end. He also is second all time in receptions with 1,325, trailing only Jerry Rice. Gonzalez is first in receptions by a tight end. He is currently an analyst on Fox NFL’s pregame show.

Tony and Tobie have 4 children and live in Beverly Hills, California. 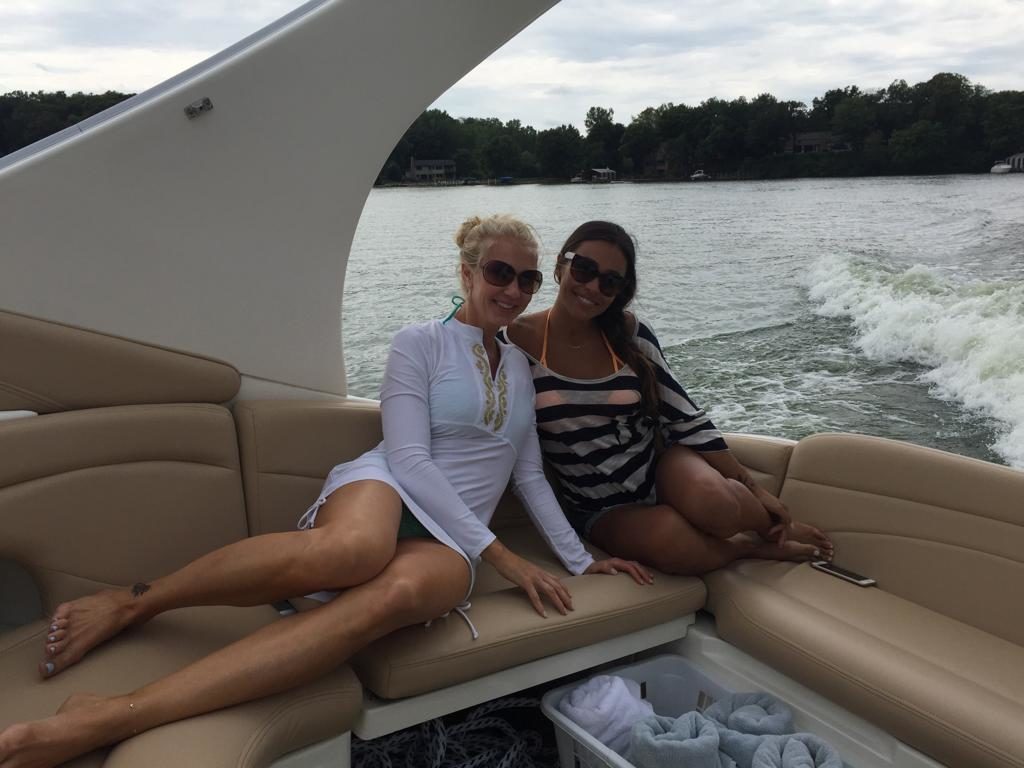 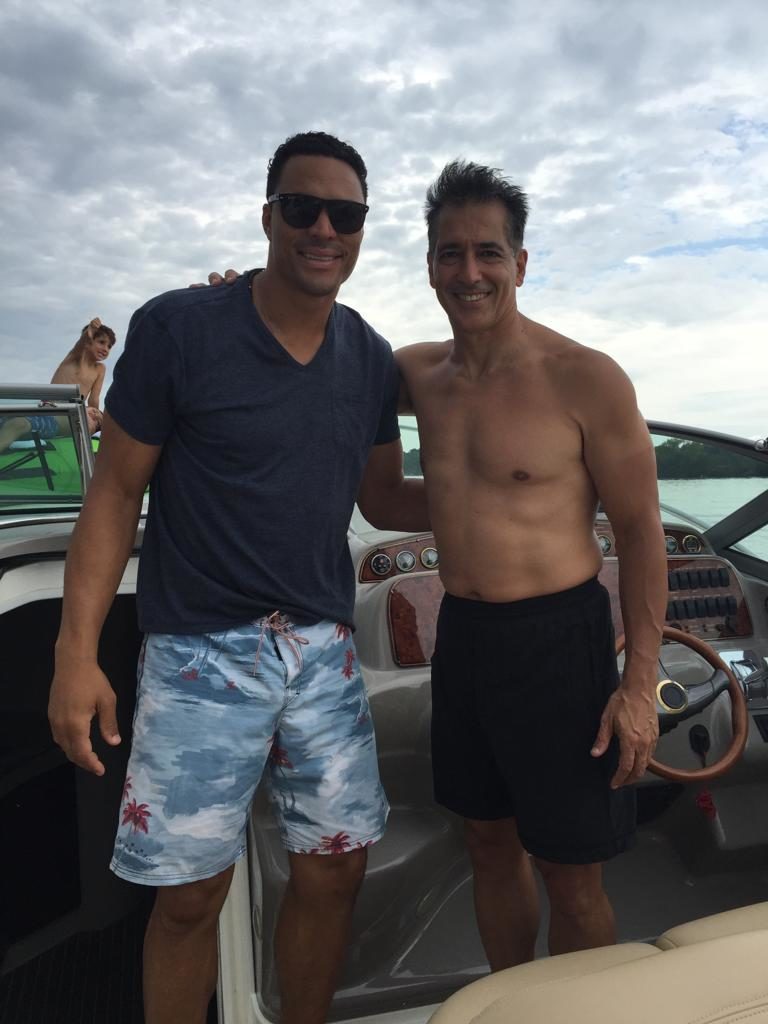 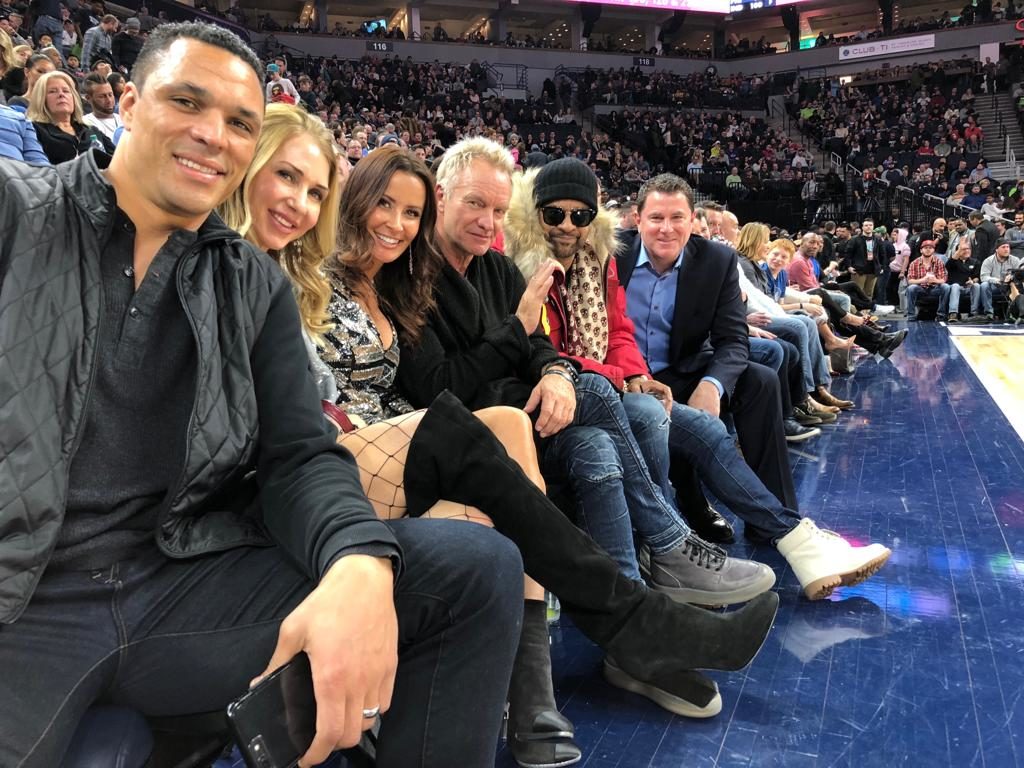 Tony Gonzalez, myself, Sting and Shaggy at a basketball game 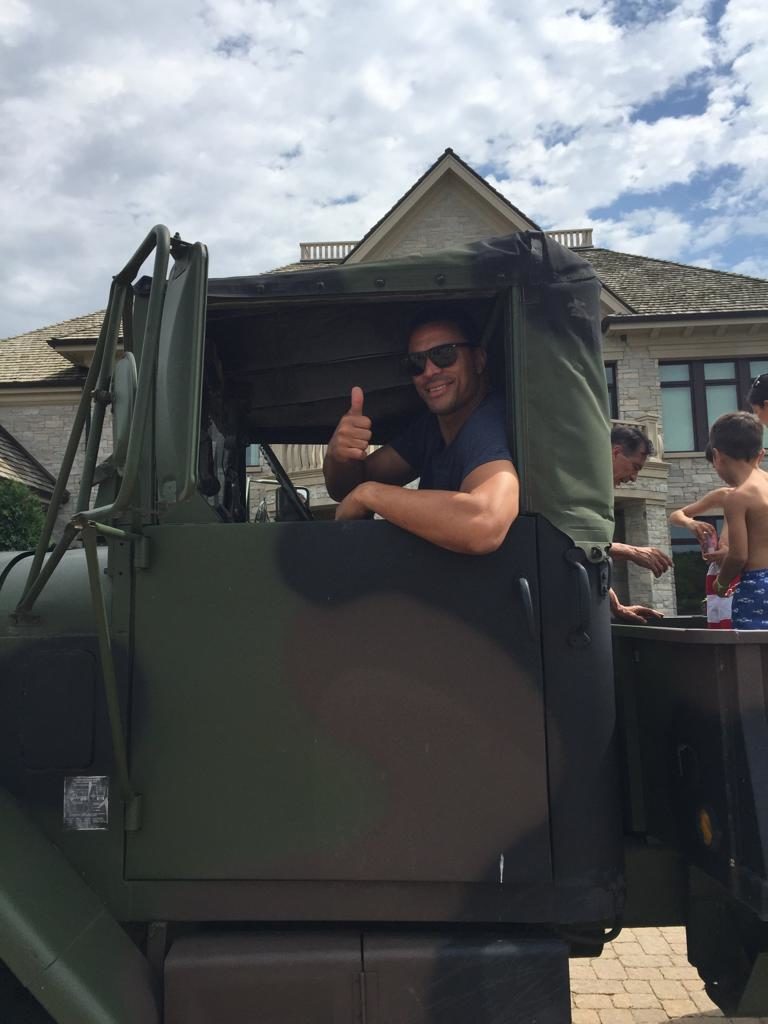 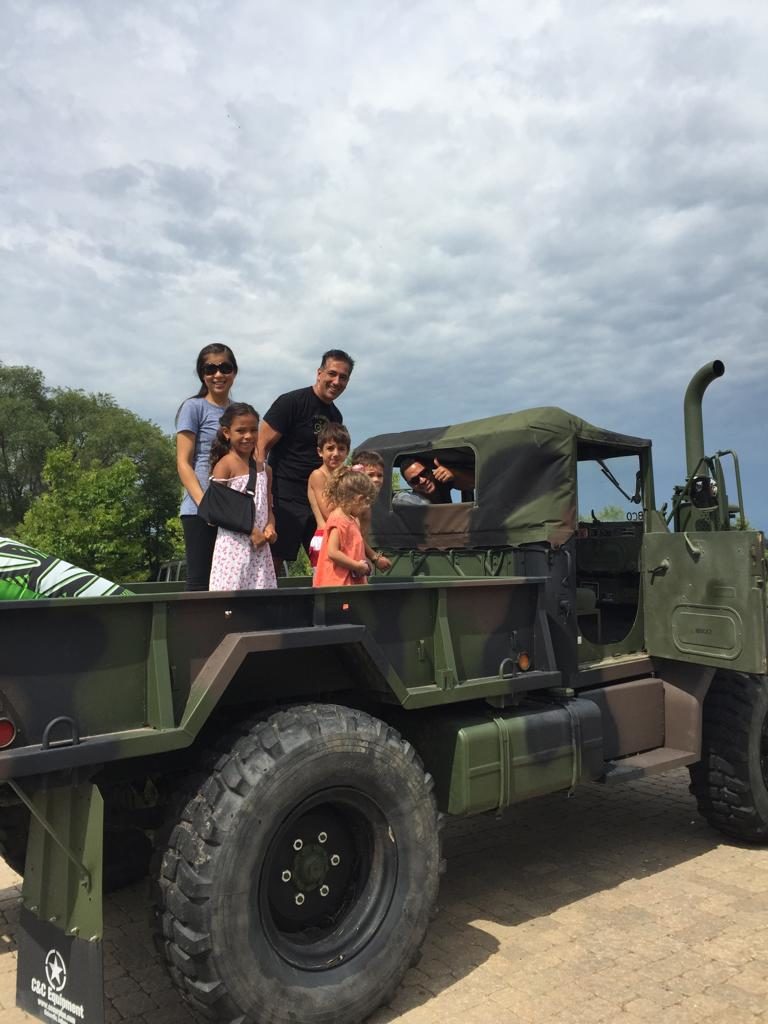 Tony and Bahram taking the kids for a ride! 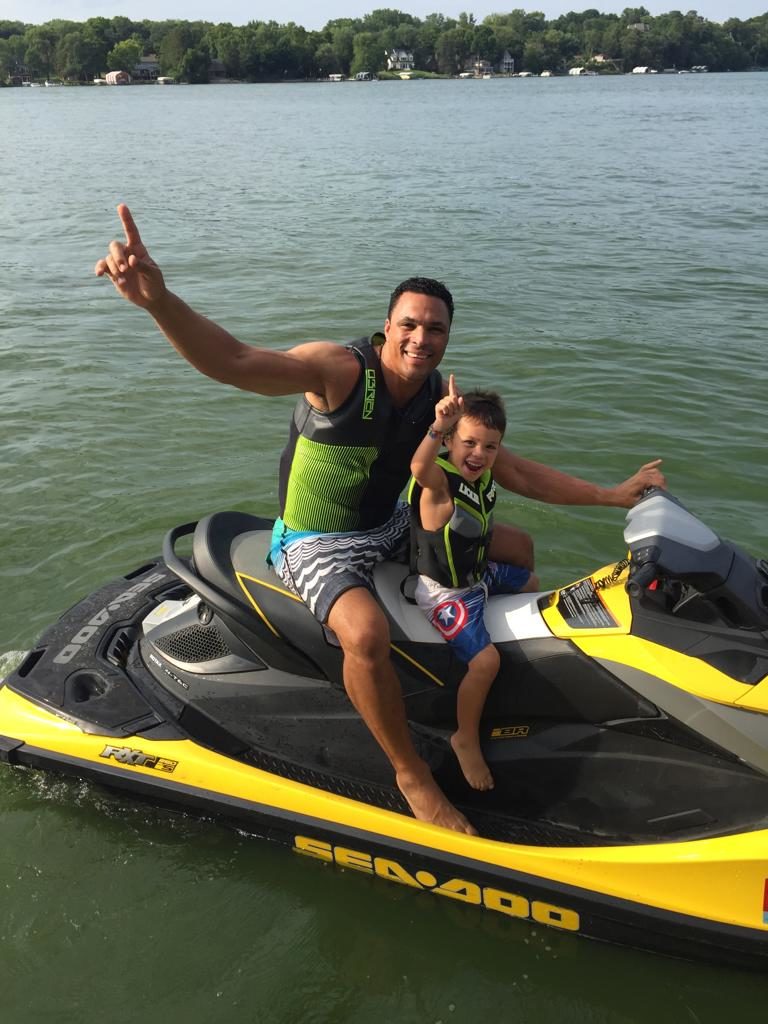 Tony, taking his son River for a ride on the lake